When Someone Causes Trouble (Reflections on Pentecost 14, Year A) 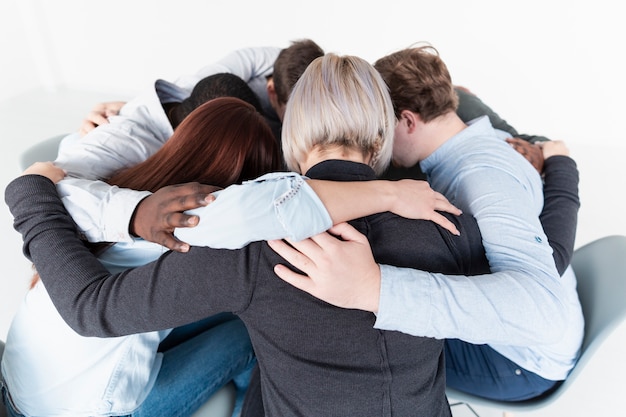 (This is only a story. Any similarities between actual events or persons living or dead is entirely coincidental.)

Once upon a time there was a tiny Lutheran church with a small praise ensemble. One of the musicians (let’s call him “Bob”) was a very well-meaning but stubborn man. God had given Bob tremendous musical talent. Unfortunately, Bob also had an enormous ego and wanted everything his own way. This caused friction within the praise team and much consternation for the church’s worship committee, the Praise Director (let’s call him “Joe”), and the congregation in general. Many of the Lutherans grumbled about Bob. Some of them complained to the pastor, but none of them confronted him directly about his behavior.

One day, after a particularly acrimonious verbal run-in with Joe, Bob came to see the pastor. The pastor was a very timid man who was uncomfortable with inter-personal conflict, but he invited Bob to his office to hear him out. Bob sat down in a chair and in his very self-important stentorian voice declared, “Pastor, the trouble with Joe is he just doesn’t listen!”

The pastor thought about this statement for a moment. He never liked to contradict anyone, and always thought everyone should have their say. He had tried to reason with Bob in the past, and knew this would be difficult. After a pause, and screwing his courage to the sticking-place, the pastor replied, “Joe doesn’t have to listen, Bob. He’s in charge. He talks and you listen.”

This reply incensed Bob. Realizing he had no ally in the pastor, he stormed out of the church and was never heard from again. Although the praise team found themselves bereft of Bob’s talent, a wave of relief wafted over them and the congregation in general. It was as if the clouds had parted and warm sunshine shone down upon them.

THE above parable illustrates a point: Even in the church there are people who misbehave and need to be called out on their inappropriate shenanigans. This has always been the case. Even the community for which our evangelist Matthew wrote his Gospel had their own contentious issues. It’s always wise for us to remember that the church is not a country club for saints but a hospital for sinners. If you go into a hospital, don’t be shocked if you run into sick people.

When a member gets out of line, it’s incumbent on us to see options other than getting all up in their face or passively pretending that nothing is wrong. The first option is always going to breed resentment in the malefactor. The second will just make resentment simmer in everybody else. That’s why Jesus gave us this interventionist plan to follow in our Gospel lesson for Pentecost 14 (Matthew 18:14-20). The one-on-one encounter protects the dignity of the person who has been causing all the fuss. This opens the door for rehabilitation and forgiveness, which is what the church should always be about. If this fails, Jesus tells us to try an intervention with two or three others. Having witnesses prevents a “he said/he said” situation. It also can impress on the offender the impact their behavior is having on the whole community. A complaint before the church council is the last resort, and I consider myself fortunate as a pastor that I have never been in a situation where this has had to occur.

It’s never pleasant to have to ask someone to leave, but sometimes a little distance is necessary. Jesus, nevertheless, holds out the hand of mercy in verse 17. Gentiles and tax collectors were never beyond the reach of his love. The Syro-Phoenician woman (Matthew 15:21-28) and Matthew himself (Matthew 9:9-13) are examples of Jesus’ radical inclusivity. He was always trying to bring outsiders in. The WELCOME mat is always out at the door of the church, and Jesus is always telling us, “You belong here.”

God’s peace, my friend. Stay safe. Thanks for reading.