So many Christmas cards display images of the Wise Men who came to ﻿worship the Baby Jesus. While I believe this to be beautiful story of Christ's redemptive gift to the entire human family (Matthew 2:1-18), I am aware that it contains within it one of the most horrific tales in the gospels--that of the deranged King Herod who, jealous of any threat to his power, orders the slaughter of defenseless children.
"A voice was heard in Ramah, wailing and loud lamentation, Rachel weeping for her children; she refused to be consoled because they are no more." (Matthew 2:18)
Today, in the very midst of this most joyful season, stands  the horror of Newtown, Connecticut--and the knowledge that for so many of her citizens, touched by the tragedy of December 14th, there will be no real Christmas this year. I watched on TV last Friday morning as the citizens of that little town stood in mournful silence at 9:30 AM. I saw the drizzling rain come down upon them like tears from heaven, and I knew--as we all know--that no words will ever be adequate enough to match the profundity of sorrow which shrouds that community. Indeed, it is almost blasphemous of me even to attempt to violate the holy silence which must accompany such grief.
But yet my own selfish needs dictate that I try to make some sense of this. So I offer the following thoughts:
First, I pray that the extent of this tragedy will make us more humble and in touch with the fragility of our nature. May it make us a people more peaceful, more empathetic, and more compassionate.
Secondly, the acts of heroic sacrificial love shown by Principal Dawn Hochsprung and the other professional educators who gave their lives protecting the children of Sandy Hook Elementary School is a reminder to Christians of Christ's purpose in being born in human form--to empty himself completely and die out of love for others. On December 14th, we saw such love made real.
Finally, the compassion of people of all faiths and the ecumenical spirit which has emerged from this tragedy must remind us that there is only one God, and we are all God's children. May we learn to behave as brothers and sisters of the human family.
Yes, my dears, this is a sombre Christmas. But it is still the birth of our Lord. May his love be real in your hearts this year.
A blessed Christmas to you all, and thank you so much for your support this past year.
Posted by Pastor Owen Griffiths at 10:13 AM No comments:

I wonder what the reaction would be if I tried to preach a message like the one John the Baptist delivers in Luke 3:7-18, the assigned gospel reading for Advent 3. How would this sound:

"You freaking bunch of snakes!! Who the hell told you you don't deserve the wrath of God that﻿'s coming? You think you're better than anyone else? Get up off your butts and start doing the work of God. Don't even pretend to tell me, 'But we're Lutherans. We're saved by grace and not by works.' Crap! God can make Lutherans out of rocks--and sometime I think he did! Start acting like you believe in something!"

Yeah. I don't think that would go over too well in my congregation. Besides, with all the nasty rhetoric from the recent election and the "fiscal cliff" debate still ringing in our ears, it's possible that no one would even pay attention to such harsh words--even if they came from the pulpit.

But I long to hear the prophetic voice of the Baptist. He's sort of the crazy uncle of the Christian faith--the eccentric guy who says the outrageous things. And these things are outrageous because, in our hearts, we all know he's speaking the truth without the candy coating to which we've grown accustomed. I mean, c'mon. Don't YOU just long to hear someone tell it like it is in a simple and direct manner?

And John's message is pretty clear. You want to know how to behave? Don't stockpile wealth when others are going hungry and unprotected. Don't game the system to your advantage. And don't bully others. It doesn't get much more plain than that.

For myself, personally, I'm all about sound doctrine. But at the end of the day the Church will be judged by what we have done or failed to do. If we take on the name of Christ, than we are called to a higher standard. If our works of charity suffer because we are trying to save the institution, then the institution is not worth saving.

But here's the good news: While we were still in our sins, God gave us Jesus. We've seen in him what complete, selfless, sacrificial love looks like. We've been promised that we would be baptized with the Holy Spirit to inspire, sustain, and grow that love in us. We truly CAN be God's people. And our dearest longing and hope is that we WILL be changed into the people who bear the fruits of repentance.

Posted by Pastor Owen Griffiths at 7:05 PM No comments:

"Look at the fig tree and all the trees; as soon as they sprout leaves you know that summer is already near. So, also, when you see these things taking place, you know that the kingdom of God is near." (Luke 21: 29-30)

This is the fifteenth Advent Season I've celebrated as pastor of Faith Lutheran Church in Philadelphia. Certainly, in the last fourteen years, I've seen a lot of things take place: There's been about a 50% turnover in the worshiping congregation. The worship space has been remodeled. A contemporary music liturgy has been added. The congregation has severed its twenty-seven year relationship with a local day school and begun to use the space previously occupied by the school for housing the homeless. Teenagers have actually hung around after they've made their confirmation and become involved in the ministry of the church. Last fall we received into membership our first openly same-gender couple who have quickly become active and well-loved members of our family. And, perhaps most significantly, the average age of our worshipers has dropped considerably. Lots of changes.

But the world is changing, too. In the same time period we've seen the "Global War on Terrorism" and the "Arab Spring." We've begun to use the phrase "Climate Change," and we've started driving hybrid cars. Everyone and their mother now carries a cell phone, and some of these devices--"Smart Phones"--do everything but walk your dog and wash your car. We've seen the rise of "Social Media," and, through facebook or Twitter, no one changes their shorts without broadcasting the event in cyberspace. We've seen a black man in the White House whose not there just to shine the president's shoes. Same-gender marriages are legal in many states, and legalized recreational marijuana has the okay of the voters in Washington and Colorado (I'm sure I'll get an "Amen!" from someone out there over that occurrence!). And just this past week the United Nations has recognized a new state called Palestine (And you just know that some TV evangelist will see that event as a herald of Armageddon!).

Yup. The signs are all there. Stuff is moving and shaking and happening at a more accelerated rate than ever. And what does Jesus tell us?

"Now when these things begin to take place, stand up and raise your heads, because your redemption is drawing near." (Luke 21: 28)

That's right. If we're faithful to the Gospels, we believe that every change--however catastrophic it may seem to us-- is an opportunity for God to do God's redemptive work.

Granted, there are very likely some who will look at the whirlwind of change and pray, "God, I don't know what you're doing, but I don't like it and I wish you would stop! Just put everything back the way it was, and we'll get along fine!" (Try praying that prayer and see where it gets you!)

Some of the rest of us might be praying, "God, I don't know what you're doing, but you're not doing it fast enough. How long must we wait? Hurry up, for cryin' out loud!"

The problem with both of these petitions is that they take us out of the realm of religion and into the land of superstition. Superstition is when we try to manipulate God. True religion is when we are open to letting God mold and form us in the spirit of righteousness. We can stare at the fig tree for weeks at a time, but summer will not come one minute sooner than God intends for it to come. Jesus tells us to keep awake for the things of God in the midst of all the change and confusion.

To this end, the Christian Church has for centuries blessed us with the gift of the Advent Season. While all the rest of the U.S. has fast-freighted itself into Christmas (complete with blow-up lawn Santas in the Walmart starting in September), Christians take these four weeks to pause, reflect, and look for what God is up to. And pray for the coming of God's kingdom.

Martin Luther very wisely counseled the disciples of his day in the meaning of the coming Kingdom of God:

"In fact," Luther wrote, "God's kingdom comes on its own without our prayer, but we ask in this prayer that it may also come to us. How does this come about? Whenever our heavenly Father gives us his Holy Spirit, so that through the Holy Spirit's grace we believe God's Holy Word and live godly lives here in time and hereafter in eternity." (The Small Catechism, 1536)

I think it's best, in these changing and confusing times, to remember three things as we watch for the kingdom. First, this is God's world. It's not mine. Second, I am called to journey with Jesus and grow in God's wisdom and grace. I haven't come to the end of the journey yet, and I'm far from being all grown up. Third, in the midst of all things I don't understand and  of which I cannot see the end, I am still called to love God and serve my neighbor.

So I watch the fig leaves sprout. Some of them seem weird and dangerous, and others seem  beautiful and longed-for. But the kingdom is coming, and the Word doesn't pass away.

Enjoy your Advent, Friends. God be with you all!

Posted by Pastor Owen Griffiths at 5:52 PM No comments:

The Nightmare of October

(This is another piece I wrote for my congregation's newsletter. I hope you enjoy it. I am on vacation this week and will not be postin... 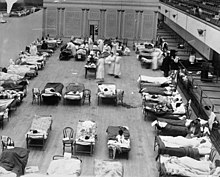