In the Beginning (Reflections on Christmas Two, Year B) 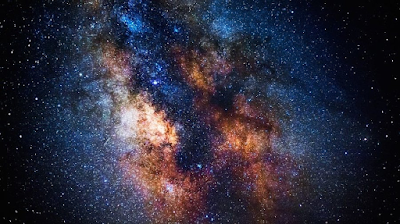 “And the Word became flesh and lived among us, and we have seen his glory, the glory of the Father’s only Son, full of grace and truth.” (John 1: 14)

The opening of John’s Gospel (John 1:1-18) has a beautiful poetry to it. It’s all about the Word giving us light, grace, and truth. The light is shining in the darkness and the darkness doesn’t “overcome it.” (Verse 5) “Overcome” in Greek has a couple of meanings, and John could be meaning all of them. The term in Greek is ou katelaben (ou katelaben is how it looks in the original language—not that you care, I just like to type in Greek!). It can be translated as “did not apprehend, seize, grasp, overtake, comprehend, or suppress.” So when the “light” comes into the darkness, we in the darkness don’t really understand it, nor can we stop it from shining.

John’s highlighting two things here: The “God-ness” of God is something we can’t really wrap our puny, human brains around, so we probably don’t really get Jesus either. That’s why he refers to Jesus as “the Word” (Or, in Greek, Logos. Logos for you Greek fans). The term is so vague because we really don’t have a word to describe a concept that is so divine.

These first verses in the Fourth Gospel are the culmination of the early church’s theology. If you look at one of the earlier writings in the New Testament, Saint Paul’s letter to the Romans (written sometime around the year 50 CE), you’ll see how Paul thought of Jesus: “…descended from David according to the flesh, and was declared to be Son of God with power according to the spirit of holiness by resurrection from the dead (Romans 1:4).” That is, when Jesus rose, Paul figured he must’ve become the Son of God.

Later, (around 66-70 CE) Saint Mark the evangelist will figure out that Jesus was named Son of God when he was baptized (Mark 1:11). He doesn’t bother giving us a Christmas story in his version of the Gospel, but he sees God present in Jesus as soon as Jesus begins his earthly ministry. Matthew and Luke, however, (writing around 70 or 80 CE respectively) see God’s hand in Jesus as soon as he was conceived in the womb. But it’s John, writing around the last decade of the First Century, who finally puts it all together and declares that God and Jesus were one from the start, and God had always desired to be with us, even before the creation of the world. That’s the mystery described so eloquently in the first chapter of John’s Gospel, and the one we repeat when we recite the Nicaean Creed:

We believe in one Lord, Jesus Christ,

The only Son of God,

eternally begotten of the Father,

God from God, Light from Light,

Of one being with the Father;

Through him all things were made.

Isn’t that wonderful? Before we even knew we would need him, God had planned to be with us so we could see him, know him, and love him as we see, know, and love each other. We may never understand the mystery of God, and our human vocabulary is inadequate to describe it. Nevertheless, all we need to know is that God is with us, always has been, and always will be—evermore and evermore!

﻿ ﻿ Fishing. I don't indulge in the sport myself. I guess I just don't like the idea that I have to kill something before I e...