Right and Wrong (Reflections on Epiphany 6, Year A) 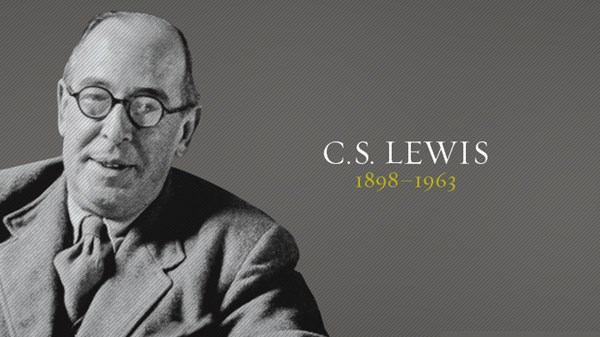 “For truly I tell you, until heaven and earth pass away, not one letter, not one stroke of a letter, will pass from the law until all is accomplished.” (Matthew 5:18)

I’m not in any hurry to go to heaven, but when I finally reach the golden streets, I really hope there’s a golden Starbuck’s where I can find a comfy leather chair, enjoy a grande dark roast, and have long conversations with interesting dead people. One of the guys I really want to meet in the Great Hereafter is C.S. Lewis. I think he was one of the best Christian apologists of all time. He had a wonderful gift for explaining our shared faith in eloquent, erudite, but delightfully understandable ways.

It seems that Lewis had considered himself an atheist when young, and service in the trenches of the Great War didn’t do a whole heck of a lot to change his views. Fortunately for the rest of us the Holy Spirit began to work on him. By the age of 31 “Jack” Lewis, after many years of contemplation, accepted faith in God and Jesus Christ. If you read his wonderful apologetic Mere Christianity, you’ll discover that a lot of his thinking starts with the notion of right and wrong.

Lewis begins the book with the thesis that we all have some idea of right and wrong. If we start bickering with one another over something, we invariably argue that our point of view has some kind of moral superiority to that of our antagonist. The other party will then counter that we’re wrong, and that they’re actually representing a higher moral code, or, at the least, they have a very valid reason for violating our moral expectations. But inherent in all of this is the idea—and we all have it—that other people recognize certain things as being morally uplifting, decent, proper, and just plain right. These values are right, not because they’re in the Bible or because your momma told you, but because they are empirically right. The world works better when we love one another, respect each other’s feelings, show compassion and generosity, don’t take what isn’t ours, value truth, keep our word, honor interpersonal relationships, and refrain at all times from inflicting intentional injury on others. Different cultures may have different norms, Lewis points out, but you’d be real hard pressed to find a culture that considers cowardice, treachery, deceit, wanton lust, bullying, and unbridled greed to be virtues.[i]

(There) are two main points I’d like to make. First, that human beings, all over the earth, have this curious idea they ought to behave in a certain way, and cannot really get rid of it. Second, they do not in fact behave in that way.[ii]

I think, in looking at the passage from the Sermon on the Mount assigned in the Revised Common Lectionary for Epiphany 6, Year A (Matt. 5: 21-37), Jesus is making the same point Lewis will make, but in a much deeper way. Jesus doesn’t pitch the Ten Commandments in the dumpster, instead he interprets them in such a way as to let us all know what kind of outlaws we really are at heart.

You think you’re righteous because you haven’t murdered anyone today? Guess again, dude! Your anger and arrogant disdain for your fellow human is still with you, and it’s just as destructive as if you’d blown someone away with a Smith & Wesson. The devaluing of others is what permits us to go to war. It's the sin that starts well before the violent act occurs but which makes the violence "acceptable" to us.

You think you’re pure because you haven’t tried to get it on with someone? Not so fast! When you’ve seen nothing but the object of your sexual wants in someone, you’ve dehumanized that person. And don’t blame her for being pretty—blame yourself for thinking that’s all she is.

Our Roman brethren have made, I think, something of a fetish out of the passage on divorce (vv.31-32), but divorce and remarriage aren’t the whole issue here. The sin Jesus warns us about in these two verses is a “what-the-hell” attitude towards breaking promises. In Jesus’ day, if a man divorced his wife, she could be left without resources. Not only did the man sin by neglecting an obligation, but he could very likely cause the woman to compromise herself because of her situation.[iii]

Jesus’ words in vv.33-37 assume that the righteous will be truthful without any need to ornament their testimony with oaths to the sacred. Such swearing is disrespectful and demeans the holiness of the object invoked. Honesty should always bring us to a place of humility, because if we’re honest with ourselves we’ll admit our helplessness.

Jesus’ interpretation of the law is not about mere behavior, but about the motivation which drives our behavior. Jesus calls us to a greater understanding of our sinful nature, our petty impulses, and our bondage to those feelings which are ultimately destructive if left unchecked. Martin Luther understood this to mean that the law, although it is always convicting us of our sin, is always drawing us back to our need for grace.

Our lived experience proves that Luther and C.S. Lewis were right—we’re never in full compliance with the law. It’s a mistake to confuse “right and wrong” with mere “do’s and don’ts.” We have to go deeper. We have to go to our hearts to seek the core of righteousness: the true, humble desire to love God and love everyone else.

God bless you, my friend. Glad you looked in this week!


[i] Except, perhaps, in the Trump White House.
[ii] From Mere Christianity (1943)
[iii] You’ll want to note that Matthew’s version of this saying gives a man the option of divorcing a woman for “unchastity.” The King James Bible translated this as “fornication,” but the word in Greek is actually porneias (porneias) from which our word “pornography” comes. It can mean unfaithfulness, but it can also be used for any kind of sexual immorality. There’s a belief that this condition for divorce may have come when Christianity was spread to Egypt where there was a tradition of incest.