The Power of the King (Reflections on Christ the King, Year C) 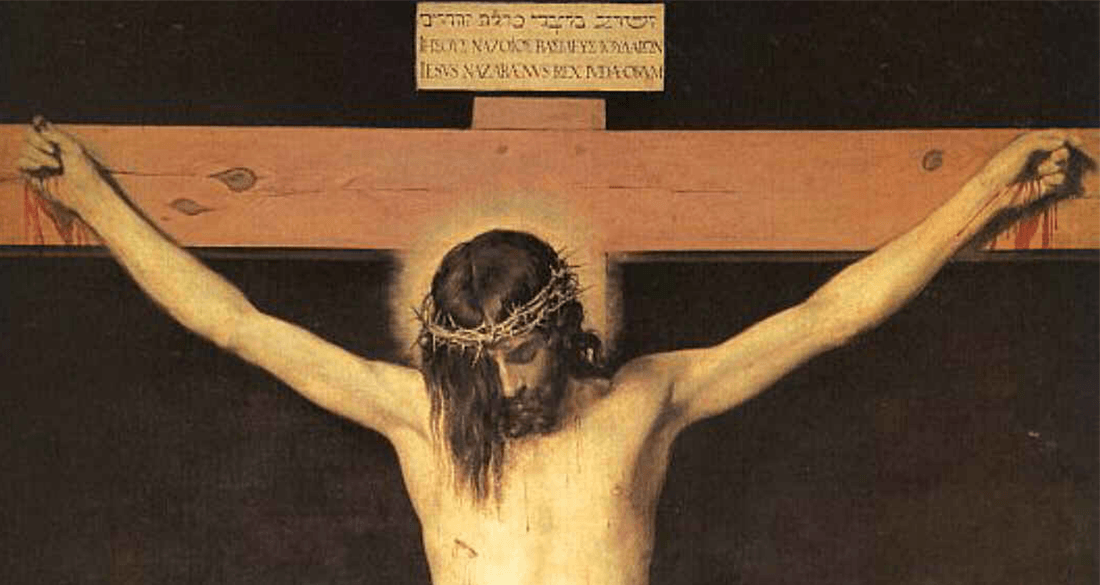 In my theatre days I had the privilege of working with a talented (if extremely eccentric!) Brit named David Perry. David was a senior tutor at the Royal Academy of Dramatic Arts. He drank Shakespeare with his mother’s milk, and I loved being directed by him in his whimsical but very British way. I think we worked on about four classical British plays together over the years. Once an actor asked him why the British would still have the archaic institution of monarchy in modern times.

“Because, my dear,”—David called everyone “my dear” regardless of gender—“of the Royal Prerogative of Mercy. Even if you’re convicted by every court in the realm, you can still appeal to the Queen for pardon.”

Mercy and pardon are really the only powers the monarch has left. Britain’s queen and any king who comes after her won’t be able to raise or lower taxes, decree laws, send out ambassadors, or declare either war or peace with an enemy. The monarch is really a symbol of the government. The only power remaining to the crown is that of royal forgiveness.

And that’s still a pretty important power to possess.

On the last Sunday of the liturgical calendar, Christ the King, we behold in our gospel reading (Luke 23:33-43) another powerless king—Jesus. Declared to be “the King of the Jews” in an insulting taunt by Pontius Pilate, the condemned Jesus is nailed to a cross and hoisted aloft to suffer until his lungs fill up and he drowns in his own bodily fluid. The story in Luke’s gospel is one of complete and total loss. Jesus’ friends have abandoned him, his body is failing, his dignity has been stripped away as the crowds and leaders of the people rail and mock him, and his body is immobilized—he is powerless even to wipe the sweat from his own eyes.

Yet he retains the one power of the monarch—the power to forgive.

As the nails are going into his hands, so some versions say[i], Jesus proclaims, “Father, forgive them; they do not know what they are doing.” (v.34) Not even extreme agony and disgrace can take away the power of compassion and understanding.

The Prerogative of Mercy is shown again in verse 43 when Jesus comforts the confessed and condemned criminal at his side, “Truly I tell you, today you will be with me in Paradise.” The laws of this world may condemn, but they have no power over the mercy of Almighty God. And this is something we would all do well to remember. However we may revile those who have trespassed against us, God has seen to their hearts. God has understood the pain we’ve refused to see because we are blinded by our love affair with indignation and determined always to be right.

I hasten to point out that in the UK the monarch’s power to pardon does not include the power to acquit. If one is found guilty, the guilty verdict still stands. It is only the penalty that is lessened. If we are to exercise the power of pardon which our King has graciously bestowed on us as Christians, we certainly can’t pretend that a wrong isn’t a wrong or that a hurt isn’t a hurt. None of us can go back and change the past. But we can examine our own guilty verdict and the pardon we’ve received and try to apply it to others, always remembering that what we find impossible to do is still possible for our merciful King. Perhaps our best response may be to appeal to God to forgive those things which we cannot forgive ourselves.

May the spirit of mercy guide us all as we enter into Advent. Thanks for reading my blog this week.
[i] Some of the earliest known copies of Luke’s gospel do not include this saying. Bible scholars think it might’ve been inserted later, but I don’t think that matters. The fact that it became part of the accepted canon indicates that the early followers of Jesus must’ve preached about the power of forgiveness.

Posted by Pastor Owen Griffiths at 11:48 AM

A Mild Rant About Confederate Statues and Other Stuff

“I am the Lord your God, who brought you out of the land of Egypt, out of the house of slavery; you shall have no other gods before me.” (...