Time to Move a Sluggish Luddite (Reflections on Epiphany 3, Year B) 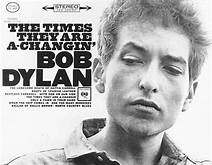 I often joke that I’m a Luddite. The term refers to a secret society of—basically—domestic terrorists in 19th England who destroyed machinery in textile mills because they feared that the new weaving technology would put old-fashioned weavers such as themselves out of work. Today, it’s used for anyone who, alas, like my own dear self, is resistant to new technology[i].

Okay. I guess I’m not so much resistant to the technology as I am afraid I can’t figure out how to use it. I have to ask my daughter how I’m supposed to sinc devices or do stuff on the computer. There’ stuff a fifth-grader could do in his or her sleep that it takes me an hour to figure out. I mean, I’m still using a version of the flip phone because the raised numbers make it easier for me to text than if I use a smart screen. How do you turn off that word prediction thingamajig anyway?

But the time has been fulfilled. I can’t hold it back. Because of the pandemic and the Bishop’s recommendation to cease all in-person activities at my parish, I broke down (at my wife’s urging, I should add) and asked the church council to spring for the purchase of a laptop computer so I could livestream worship services on facebook. Personally, I’m not a big fan of facebook because I think it keeps us all perpetually in high school. I don’t feel a need to show off my accomplishments, my vacations, or the meals I’m eating. I don’t have to prove I’m one of the cool kids, and I think lots of stuff is better kept private. Nevertheless, the time has come to use the modern technology. If COVID-19 hadn’t driven me to virtual worship, the 21st Century would’ve done so eventually. Bob Dylan keeps crooning in my ear, “The Times They Are A-changin’.”

Matt Skinner, the Professor of New Testament at Luther Seminary in St. Paul, MN wrote a great article on the Working Preacher website about the Gospel lesson for Epiphany 3, Year B (Mark 1:14-20). Professor Skinner opines that, Galilee being so small a place, just about everyone there had probably heard or seen or known about Jesus by the time John the Baptist was arrested. The fishermen might not have had such a sudden blazing epiphany that they left their nets like a dog chasing a squirrel. Rather, they’d been thinking about Jesus and his message for some time. The difference on this particular day was Jesus telling them the hour of decision was upon them[ii]. “If you’re going to come with me, boys, this is the time to do it.” Timing is everything.

I’m pretty darn convinced that right now is the time for a change. Even if there were no pandemic, the Church needs to find radical new ways to do ministry because the old ways are becoming obsolete. I’ve noted in previous posts that American society has basically killed the Sabbath. Youth sports, once upon a time the extra-curricular activities of public schools, are now a weekend burden for parents. Part-time, gig, and service economy jobs make planning a schedule impossible for many families. No one knows when or even if there will be a Sunday morning left open for worship. Cultural ties which once linked families to their worshiping communities have, for worse or better, fallen away in this day and age. More and more of us find ourselves (again, even before the pandemic) spending more of our lives in front of a video screen.

Yet, as sluggish as I have been to get on the techno-train, many of my parishioners are older than I and refuse even to consider buying a ticket or standing on the platform. For those who are not plugged-in, I write out the Sunday message and Cindie on our church council sends it the old, old fashioned way—through the US Mail.[iii]

But it’s not the lack of technology that has me concerned. It’s simply the age of these members. Good, loving, faithful, charitable saints of the Lord that they are, I can see a day coming when they will be worshiping before the Throne of Grace and not from the pews of Faith. The clock is ticking in my ear like Poe’s tell-tale heart. If the rest of us don’t start fishing for people now, there may be no congregation here in about ten years’ time. I see the internet as one fishnet by which we can proclaim the Kingdom. Social media allows us to spread the Word, and I’m hoping that by posting or re-posting or “sharing" or whatever you call it the online worship experiences of our congregation, we can spread a word of mercy and love to those who otherwise might never enter the doors of a church building to hear it.

The time has come. Throw out your net and see who swims into it!

[i] The Luddites took their name from Ned Ludd, supposedly an 18th century weaver and the first to smash machinery. Actually, Ludd never existed. He was a fictional character.

[ii] The word Mark uses here for “time” is Kairos (kairos in Greek). It doesn’t just mean the hour of the day, but implies a momentous occasion. It could translate “The season is upon us.”

[iii] I used to work as a tour guide at Universal Studios. Carl Lemmle, the studios founder, continued to produce silent movies well after talkies had been invented for his distributors in small towns who did not have the funds to convert their movie houses to the new sound technology. It’s important to push forward, but compassion dictates that we sometimes have to consider those who haven’t caught up!

Posted by Pastor Owen Griffiths at 10:32 AM